I was diagnosed with cancer and my recovery was very difficult. I was very inactive which meant my weight crept up as a result.

I lost four and half stone during the programme.

After being diagnosed with cancer in 2015, Allan was very unwell and spent a significant amount of time in an induced coma. The recovery from this was difficult and meant that he was very inactive and his weight crept up as a result. Allan wanted to lose weight and because commercial slimming clubs would not have been able to meet his special learning needs, he was referred to MoreLife.

Allan’s Mum is a big support in his life, so it was decided that she should attend the sessions with him. They decided that calorie counting would be the easiest way for him to lose weight as she could monitor what he was having throughout the day and then Allan could choose a snack in the evening based upon how many calories he had left in his allowance. This was a much better approach than trying to eliminate high sugar/high fat foods completely, which would have been too restrictive for him.

Allan also needed to improve his physical fitness but this had to be done very slowly. He has a cross trainer at home and started off going on for just a minute at a time, three times a day. This has now increased to 20 minutes and has become part of his daily routine.

At first Allan was quiet in the sessions but, as the course went along, he joined in more and enjoyed the support of his group. He, and his Mum, have been able to share meal ideas with the group that fit with his calorie limits, and that he still likes to eat. 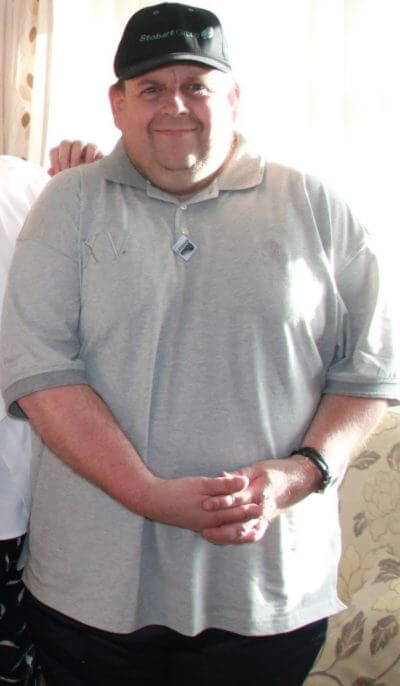 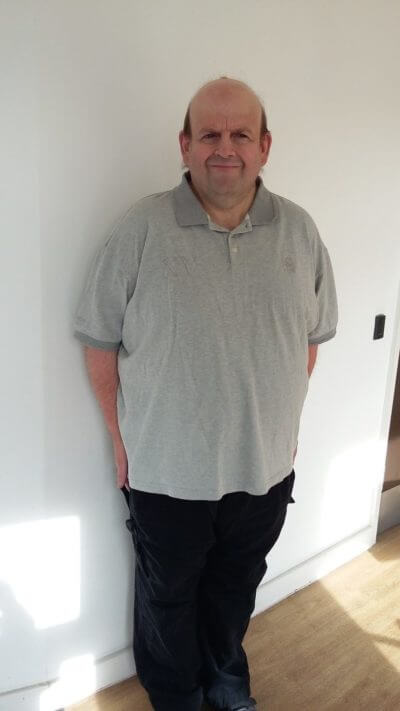 Prior to joining our group, Allan had struggled to lose weight and thought that because of his special learning needs he would find it difficult to follow the programme. However, this was not the case. Through our practitioner’s flexible approach, we were able to adapt the course content and include Allan’s Mum in the programme, and as a result, Allan flourished and fully engaged with the group.

Through his hard work and dedication Allan has lost over four and a half stone during the programme. He is more awake and engaged as a result and his breathing has improved significantly during this time. Because he hasn’t been over-restrictive and has still eaten food he enjoys, I believe he will continue to lose weight in the future. He has been an absolute pleasure to work with.